Orini Nafpaktia is one of the most popular mountainous areas in Greece. Visitors observe the scenery, as well as participate in outdoor activities such as mountainous trekking, biking, horseback-riding, and archery. The approximately 60 villages are famous for their scenery. The villages are built at altitudes of 700–1,000 m (2,300–3,300 ft) and are located from 30–90 km (19–56 mi) away of Nafpaktos, surrounded by rich vegetation and natural springs.

Elatou is approximately one hour away from Nafpaktos and is built in a pine forest. This small, picturesque settlement is built amphitheatrically, while it only has a few permanent residents.

Another popular village is Ano Chora. It used to be called Megali Lobotina, while it has a population of 30. It has narrow cobblestone paths and traditional houses.

Katafygio is also one of the historical villages in mountainous Nafpaktia. The village is built at an altitude of 650 m (2,130 ft), and abstains 33 km (21 mi) from Nafpaktos. Katafygio in the old days was named Amorani. 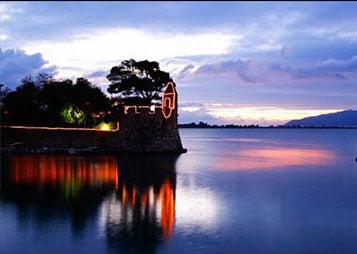 Downtown, in the heart of the city, there are a 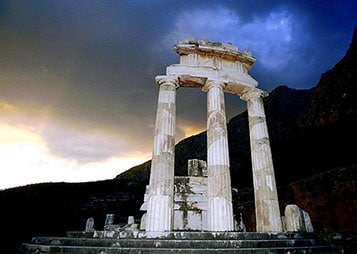 For tourists who are hard to please and look for